Venus Mars Moon in Aries, Mars suddenly released from his time in Pisces where he felt slightly intoxicated in the mystical fishbowl, into his home sign where his passion can surge forward, supported and encouraged by Venus whose usual reserve and modesty is swept aside by the Aries frequencies. Moon passing past them yesterday and today amplifies the effect of these archetypal energies on our emotional, inner worlds. On Sunday Venus and Mars meet in conjunction in the sky, a Hieros Gamos, marriage in the heavens, bringing a new era in relations between the masculine and feminine.

Aries fire is about taking action, and action is best taken consciously. Many people will be simply lifted into the passion this weekend without knowing why and may find that passion can turn to obsession, bedlam and unquenchable desire. Grounding is necessary, and the grounding being offered by the Sun is in Pisces, suggesting we will find our roots best in the spirit, especially in the divine feminine…. we have been conditioned to think of the father god as the judge and punisher of our passions and worldly pleasures, and until we are able to see that He also enjoys our loving and playing, we can put our souls in the care of the Mother aspect. She is so strongly present in the world now that even a Roman Catholic priest who ‘died’ and was brought back to life by doctors in the USA is telling the world that the god he met while out of his body had the tenderness of a Mother.

We are shifting to a time when ever larger numbers of us are shifting our perspective to embrace that as well as our individualities we are also the whole – the divine Self that exists throughout Creation, in all things. The Cosmic Self is evolving through us, as us, with us and within us. This knowledge can take time to sink in, but when it is felt and lived as well as ‘known’ it changes how we interact as humans, it opens potent energy channels between us that affect other people and environments in vastly profound ways by putting unconditional, universal, pantheist, passionate love at the centre of all aspects of our lives.

Out of the paths of the morning star they came
Into the little room of mortal life.
I saw them cross the twilight of an age,
The sun-eyed children of a marvellous dawn,
The great creators with wide brows of calm,
The massive barrier-breakers of the world
And wrestlers with destiny in her lists of will,
The labourers in the quarries of the gods,
The messengers of the Incommunicable,
The architects of immortality.
Into the fallen human sphere they came,
Faces that wore the Immortal’s glory still,
Voices that communed still with the thoughts of God,
Bodies made beautiful by the spirit’s light,
Carrying the magic word, the mystic fire,
Carrying the Dionysian cup of joy,
Approaching eyes of a diviner man,
Lips chanting an unknown anthem of the soul,
Feet echoing in the corridors of Time.
High priests of wisdom, sweetness, might and bliss,
Discoverers of beauty’s sunlit ways
And swimmers of Love’s laughing fiery floods
And dancers within rapture’s golden doors,
Their tread one day shall change the suffering earth
And justify the light on Nature’s face. 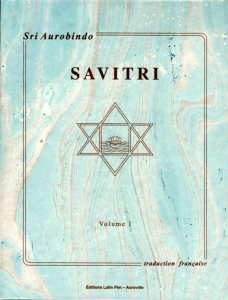