Because he died on the Cross for my sins! ONLY JOKING!

The Jesus story is a mythological map demonstrating the stages of the path of initiation into God-Consciousness, into the place where ‘The Father and I are One’. Mystery Schools both before and since his time have been places where souls who were called were able to explore the initatory path with others. That is why the Jesus story echoes so many older myths, they are all trying to tell us what is possible for us here on planet Earth. But to understand this we have to look deeply into the mysticism of the story, dedicate ourselves to the task and use our own consciousness as a vehicle of exploration. Death and Resurrection are two quite advanced steps on this path, coming after Birth (of the awakened spiritual heart – the Christ child within), Baptism (into the realm of elemental and astral presence and blessing) and Transfiguration (release of ego and growth into light body) but they are not the end of the story, as that other mystical wisdom tradition, astrology, shows us every year at Samhain. Dying to the limited ego self to discover the ecstasy of liberation, finding union with the divine Self, the holy spirit that opens our consciousness to the limitless possibilities of the multiverse, is the goal of eastern religion and western mysticism. It is also what the shamans and witches of the old peoples around the entire world used to do on a daily basis, surrendering into trance and possession to channel the energies of spirit for the benefit of the community. It is the practice of renunciation taken when leaving the world to become a monk, in whatever faith, and the purpose behind medieval monastic communities in Christian Europe – but loving brotherhood was a principle taken a little too far for some and was stamped down by the dissolution of the monasteries and the buggery act under Henry VIII.

The achievement of union with the divine is absolutely not the goal of monotheistic religions which teach that Heaven is only achievable after death.

During the Middle Ages there were many so-called ‘Free Spirit’ movements that embraced the possibility of union with God and approved of achieving that through sexual, including homosexual, means. Once the soul was united with the Higher Self, these movements believed, the individual could no longer sin. Life was to be enjoyed. Far too pagan for the Catholic/State establishment, these ideas were wiped out during the Inquisition.

“It is a mind and body practice developed under Hinduism, the goal of which is spiritual purification that will lead to a higher level of understanding and eventually union with the divine,” said Rev John Riley, chancellor for the Archdiocese of Kansas City, to the Wichita Eagle.

“It is for these reasons that Catholics are alerted to the dangers of the practice of yoga and are encouraged to look for other exercise alternatives that do not incorporate a spiritual dimension.”

They do have a point in one sense. The journey of initiation into divine consciousness should be approached humbly and sincerely. It will strip away all illusions about who we are, challenge us to embrace dichotomies and impossibilities… it will break down all our inner resistance and challenge us to rise like a phoenix every time that we end up burnt to a crisp by the power of Kali’s love.

As someone who woke up to the Path of Initiation in the mid 1990s I can say… There is no better ride. But daily I read posts by intelligent, educated people who have got stuck in the paradigm of science vs spirit – when they discuss the possibility of the existence of a creator god it is usually as something ‘out there’, separate. The existence of mystery paths of initiation into the divine Self on this planet is still well hidden. 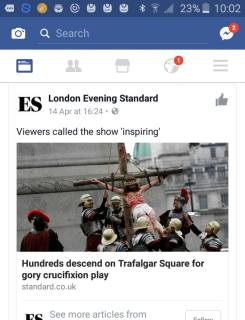 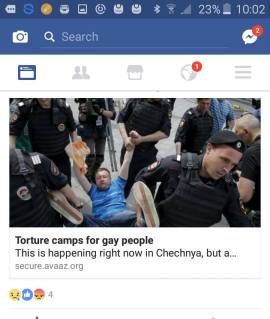 AMONG GAY PEOPLE ARE MANY CARRIERS OF THE CHRIST CONSCIOUSNESS (which is called other things by other paths) PLAYING THE ROLE JESUS PLAYED 2000 YEARS AGO. When the LGBTQ community catches on to the awakening game, human evolution will accelerate.

Us 1990s awakeners were the third wave of souls coming to awareness of the path since the 1960s. I quickly learnt that the roots for this awakening had been laid in the UK since the late 19th century by the Theosophists, and before that by the Elizabethan mystics John Dee and the Rosicrucians, and long before that by Arthur and Merlin at Camelot.

The second decade of the 21st century is bringng the next wave of awakening. It is hitting like a tsunami, and not unrelated is the intense level of crisis and darkness that certain streams of human consciousness are currently creating. This is for sure the time when the wave of awakening rises so high that many big illusions the world has bought into are crumbling. . But there is a danger now compared to the time of my flowering of awareness in the 1990s – that awakeners can access so much information and connection through the internet that they reach overload, maybe get attached to certain ideas and neglect the real place that truth, peace and understanding are found – inside! Grandmother Ayahuasca has become prominent suddenly because she can give busy modern people a rapid reboot into soul consciousness. She makes us puke out our sickening disbelief and return to the childlike soul state where we can receive her healing and teaching. Awakeners need to remember that all the stories, from Jesus to the Pleiadians, Buddha to the Ascended Masters, are there to wake us up. Also to remember that waking up is not a momentary thing! It is a path of dedication, initiation, mystery, tests, trials, opportunities, ecstasies and agonies as we shift from the material to the spiritual paradigm.

There are many ways and stages of awakening. Once we discover the path we have to learn how to walk on it! We best listen to the teachings that speak most clearly to our own soul and keep out what offends it. Let our habits evolve and adapt. Keep company that supports our ongoing discoveries. And importantly, affirm to ourselves that we are on the path of awakening to our greater, holier, older Self that has already existed many times in many places. This will keep our trials and the world’s challenges in perspective and help us to hold the peace within ourselves whatever transpires in this year of the Fire Rooster.

Jesus said “I am the Way” – or that’s how it is translated.  What he was really telling us is that the ‘I AM’ is the Way, and as manifestations of the I AM we are all on it. The Jesus story is best approached as a road map.

Read more on the Path of Initiation:http://www.shareintl.org/archives/AgelessWisdom/aw_bcgospel.htm