I am a Long Term AIDS Survivor who underwent a transformation on every level of my being while living with AIDS 1995-8 – waking up, through facing death, to many levels of human nature that barely get a look in usually. Since regaining health and strength I have continued that transformation and brought the new awareness gained into actively creating a clan of magically attuned queers in the UK, and participating in the expanding queer mystical community of Radical Faeries around the globe.

I believe the spiritual frontier is the one gay/queer/trans people need urgently to tackle – igniting a search and discovery that could change the understanding of ourselves, and how we are perceived the world over – and I have a very simple answer to the dilemma facing gay male communities across that globe, the dilemma of “post-aids: why are we killing ourselves with drugs?” how did we reach the point that we are talking about a “second plague”?

AIDS for me was an Accelerated Individual Discovery of Self. There was a consciousness in the plague years, at least in some corners, that this holocaust had spiritual roots as well as physical. The dying years were times of transcendence and apotheosis – as the drama Angels in America so cleverly portrayed. I wasn’t the first to use this dramatically positive definition of AIDS. Transpersonal psychologist Dowling Singh wrote in the Advocate in December 1998 that Accelerated Individual Discovery of Self was the AIDS community’s “secret understanding.”

Writing of his experience as a hospice worker with dying men, Dowling said, – “One of these men who I grew to love told me that, more than any other rite of passage in his life, through this harsh passage of AIDS he had come to know himself. He said he had always treated his life as though it were a dress rehearsal but that ‘dying is very real.’ It was, he said, through new eyes that he saw his own real beauty, his own real value, the depth of meaning we miss so often in life, and the raw power of love.”

Back in 1987 “AIDS: Passageway to Transformation” was published by C. Norman Shealy and Caroline Myss, presenting case studies where individuals had transformed from a ‘victim consciousness’ to personal empowerment, and asking deeper, spiritual and societal, questions about why AIDS was manifesting at this time. Books such as Nick Bamforth’s “AIDS and the Healer Within” pushed some of us to seek deeper answers within ourselves as to why we were going through this.

There is a “second plague” underway now because the first did not deliver all the lessons. As a Long Term Survivor I have a message to deliver, an experience to share, that is about a lot more than the physical and mental and social health issues we survivors are so often associated with. That message in simple form is that we come into this life to find ourselves, in our wholeness, and live as richly and deeply and enthusiastically as we can, but also that….

THERE IS A SECOND BIRTH POSSIBLE IN LIFE, AN AWAKENING TO THE CONSCIOUSNESS OF THE SOUL. By going to the edge of life many gay men in the aids years learnt this. But of those who did, only a few of us survived to tell the tale.

LIFE IS A MYSTERY SCHOOL. The rarely spoken truth of the rise to dominance of patriarchal, monotheistic religion in the last 2000 years, is that the roots of religion lie in the Mystery Schools of the ancient world. The Jesus story, when understood allegorically, becomes a map for the journey of the soul, which is why it bears so many resemblances to other ancient myths, which served the same purpose. There is another soul map from those ancient schools still prominent in the modern world, which, though much misunderstood and maligned, is increasingly appreciated for the wisdom it contains – astrology.

And guess what? Those mystery schools were havens of homosexuality and transgenderism. It was a rite of the mystery process to learn and experience that the soul has all genders within itself, that same sex love can open the gates to spirit and consciousness, to the holy realms. As well as these schools, all around the world, what we would now call trans and queer beings were the shamans, witches, healers, mediums of the tribal peoples. This knowledge has been thoroughly repressed to the point that the modern queer can completely the miss the spiritual calling inside themselves (convinced as they are due to the hate filled propaganda about us from certain religious quarters to avoid such matters). This calling can then become a constant search for pleasure, for chem induced highs, for escapism, until the point of destruction is reached and we are forced to face ourselves and maybe through that find out who we really are. The dark lesson is as much there for the crashing out addicts of the chemsex scene as it was for us dying from the aids holocaust -when you go to the edge you get the chance to find yourself.

And the dark lessons will keep coming until gay culture embraces SELF-DISCOVERY as the core of its very reason for being. Coming Out is a step on the way, a huge one – but the process of self-awareness has a lot further to go than that. We have the chance as queers to question everything about how this world is viewed and run – and to offer alternatives that our queer eye on the world can dream up. We need to grasp that existence is a SPIRITUAL happening, not simply a lust-filled physical one. Yes we love sex, we love the body – that is because we are free spirits come into this world to have a good time – but also, crucially, here to get in touch with the magnificence of being alive, and to find and fulfil our soul purpose.

My plea to the gay community is – Let’s get beyond religion. We were banished from its hallways because gay sex, and transexuality, were associated with the sex-positive, pagan worship of the horned gods Pan and Dionysus and the Great Mother Goddess. Religion took the internal esoteric mysteries of the ancient world and turned them into something exoteric, something to believe in rather than something to experience. Spiritual power was used to control populations rather than to liberate them. The repression of our kind is entirely linked to this, for we are liberators of the spirit.

The reason AIDS hit gay men so early into our journey of liberation in the late 20th century is also the reason that many men are getting caught in the soul-destroying dead ends of the drugged up sex underworld – we are on the cutting edge of human consciousness attempting to break through the limited understandings of modern culture, to reveal to ourselves, and then the world, that there is so much more to being human, that a birth to the spirit is possible, but it ain’t about being religious – it’s about finding and liberating the power, the love, the divine light within us.

Gay men are natural priests, who connect the worlds of the living and the dead, who bring together nature and human consciousness. Instead of endless sex parties and drug madness, gay men have the potential to create a culture that embraces the fullness of being alive – which means facing our fears, phobias, inadequacies, failings and wounds, instead of medicating them away, and creating a culture that welcomes newly out men, of whatever age, into a space that honours their soul as well as their dick, that encourages their hearts to expand as well as their muscles, that brings a brotherhood that goes a lot further than sharing needles or diseases.

For we are the vanguard. The barriers between the genders, between sexualities, are becoming increasingly blurred. Some day soon it will be normal for people to explore sex and love with the same gender as well as an other gender, but what awaits in that future? The pioneers of the 20th and early 21st queer culture – that is all of us – are setting the shape of the future. What will newly emerging gay souls and masc-curious bi men find in our gay culture? A place of use and abuse, suffering and soul-death or a culture of conscious sexuality, loving brotherhood and self-discovery?

June 5th has been declared HIV+ LONG TERM SURVIVORS AWARENESS DAY in the USA, founded by Ted Anderson. This their declaration:

1. HIV and aging are complex and nuanced. HLTS are aging but constitute a distinct cohort different medical and psychological challenges including AIDS Survivor Syndrome, poverty, isolation, and invisibility.
2. In our haste to end AIDS prioritize the 2018 modern-day needs of HIV LTS.
3. Survivors are a valuable part of our communities we need to empower them to become the elders, leaders, and teachers.
4. Celebrating HLTS for enduring an historically unique epidemic and being the pioneers of the AIDS pandemic.
5. Prioritize HLTS culturally-aware healthcare and mental health.
6. Move beyond survival, the goal is aging well with HIV.
7. Honoring the resilience and strength, it took survive multiple causalities and unprocessed grief while planning to die.

As one of those survivors, I see how the wisdom gained in those years has yet to filter through to the wider community. And I see how continuing health crises are forcing us as a community to face up to questions about who we are, how we relate, and what just what kind of queer cosmos we are creating for future generations to explore and discover themselves. All of us that came out in the 20th century have the chance, even the responsibility, to forge a gay scene that supports and nurtures the men within it, and those of us who took the journey with AIDS to the edge of life, perhaps more than anyone, can see the incredibly bright potential awaiting all queerkind when we do that, when we truly embrace the soul consciousness and emerge as healers for the entire human race, bringing re-union with the worlds of spirit and renewal of humanity’s contract with life, love and the profound, simple, queer magic of being alive. 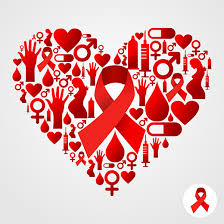