The Sun moves into Libra, sign of Balance, the cardinal air sign ruled by the Goddess Venus, its cardinality launching us into Autumn, the season of harvesting what we have sown in the year, shedding our leaves and remembering our connection to the Ancestors and other worlds.

The festival of the Autumn Equinox is known as the Mabon, a Welsh name referring to the Divine Child. At this point of the yearly cycle the cosmos invites us to stand in our individual power, find the balance between our human animal and divine aspects. This year the Equinox falls under the spirit of a powerful Pisces moon, revealing,through feelings, our the deeply interconnected nature of all living things, connected through love, through presence, through shakti. The Aries Full Moon follows a day after the Equinox, calling us to affirm and stand in our individual strength, light and power, and go boldly into this new season, into new magical times.

The flowing, glowing, loving, compassionate presence of Spirit has been known in many cultures as the divine feminine presence of the creator force of the universe. We can commune with Her anywhere but we often do it most powerfully when we do it in union with others. That might be union of heart, mind, body, achieved through love, stillness, touch, dance, music – uniting the physical and the spirit is what the divine feminine in us does.

So many names have come down through history to us, names that invoke her love and presence.

are names known on a global scale, along with many more

was one of the three great religions of ancient Rome, but her roots go back millennia in Turkey, she was honoured in ancient Greece as Rhea, the Mother of Zeus, King of the Gods, and her religion was brought to Rome with much more ceremony around 200 BC. Her worship lasted until around 400 AD and was ruthlessly suppressed by Roman emperors seeking to use the rigorous Christian faith to impose order on society.

GREAT MOTHER WORSHIP HAS BEEN TRACED BACK ON THIS PLANET AT LEAST 10,000 YEARS, MAYBE MUCH LONGER 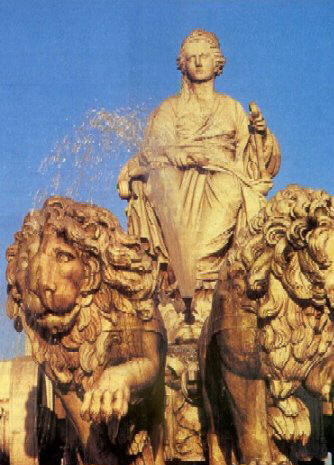 The shift to patriarchal religious domination was gradual, and is associated with the rise of property ownership, developing militaristic dictatorships, and shift in kinship system from matrilineal to patrilineal descent. Goddess worship was frequently hedonistic, sexual and ecstatic. It was often led by gendervariant and same-sex loving people, serving in the temples of Ishtar throughout the Middle East, as the wandering Galli priests who brought ecstatic ceremonies to the people of the ancient Meditteranean, and indeed as witches, druids and shamans of the old nature religions across the planet.

The suppression of the Goddess cults went hand in hand with the repression of same sex love. Sodomy and sorcery were intimately connected in the minds of the people. The patriarchal religions waged a war on both, creating a global situation today where the presence of spirit as the goddess, known through magical practice, is forgotten by most people, where people are brainwashed to fear or ridicule pagan faiths, and the spirituality of the genderbending queer servants of the goddess is utterly denied.

But in the early 21st century the Goddess is returning, and her queer children are visible on a global level and claiming their rights as never before. Most of those lgbtq+ probably have little or no idea of this ancient association between us and the magical realms of the spirit.

After a thousand years of suppressing sexual freedom and pagan lore in Europe, as Christian men went out to explore the world they were horrified to find sodomy a common occurrence on every continent, generally considered normal and often associated with shamanic power and witchcraft. They found powerful lesbians too – such as in the Azanda tribe in Africa. The South American rainforest is named the Amazon in reference to the mighty female-led tribes found there. In China and Japan homosexuality was viewed as a privilege enjoyed by the buddhist monastic classes – indeed monasteries and convents had often served as safe zones of same sex love in Middle Ages Europe.

The missing element in the story of global LGBTQ+ liberation is our connection to the spirit, to Goddess worship and pagan practice. This can only be PROPERLY understood of course by those who EXPERIENCE the truth of it.

Across the world there are Queer Pagans, Radical Faeries, Queer Spirits finding each other and remembering our magical powers. The people of the Great Mother are returning.

OUR TASK IS TO BRING BALANCE.

“The Mother of our ancestors birthed the universe from her body. There was no separation between Creator and creation. And as we shift our thinking and come back to this ancient wisdom, we will find balance and healing for ourselves. Ultimately the Creator is neither male nor female, but Oneness. It is the Prime Vibration. It is Absolute Information. In Seeing It as Mother we honour own own capacity for connection, compassion, clarity and communion of the soul. In knowing It as Mother we cycle back to the beginning of this era so that we can step into the next in wholeness.

“The liturgies of the Father are spoken, as revelation comes the from the Father in words, for with words he created the universe. The universe itself is the revelation of the Mother, and her liturgies are of the body. As we open to seeing her and her creation, as we learn to feel our place in it and know that we are never separate from it, and cannot ever be separate from it, then everything we becomes a prayer. Anchored in love, our bodies filled with joy, reaching out in ecstasy to express our gratitude, we ground the Mother’s bliss in the world.

“In our Mother’s world we do not have to struggle for enlightenment, Her light is always with us. We do not have to be reborn, for each moment of our lives is a new creation in her infinite, eternal body, and we are always a part of it.” 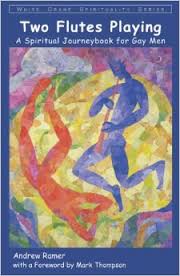